“The pandemic accelerated transforming contactless technology with AI deployment for intelligence surveillance, smart city, autonomous driving, smart factory and robotics where AI data is inevitably needed,” Doyle Chung, Head of Global Sales of AIMMO, said in an email interview. “Among all the directions and industries, our focuses are [mainly] smart city and autonomous driving.”

The startup said its tools help improve the inefficiency of the data annotation process so that customers focus only on their AI modeling. There’s no platform fee, coding skills and installation required for AIMMO Enterprises that users can label their data via browsers like Chrome.  As for its AIMMO GtaaS, users send raw data to AIMMO that labels the data with inspection and delivers it back to the customers, Chung said.

Through the AIMMO DaaS platform,  its sales and volume of its data labeling increased by 200% in 2021 compared to the previous year. AIMMO posted $10 million of revenue in 2021, according to its IR pitch deck. The company expects its growth in 2022, with the global demand for the autonomous driving field continually increasing. 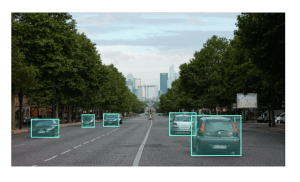 The global data collection and labeling market size was valued at $1.6 billion in 2021 and is projected to reach $8.2 billion in 2028, according to a market analysis report by Grand View Research.

The Korea-headquartered startup has offices in the U.K, the U.S., Japan and Vietnam. Chung said it also plans to open offices in Germany and Canada in 2022. AIMMO will compete with companies like Scale AI, Playment, Understand.ai and Deepen AI when it expands further to the global market. Today, the startup has 200 employees across the globe and more than 10,000 data labelers.