Perhaps PodCase was ahead of its time. It certainly made sense for devoted Apple fans: a one-stop portable charging solution for one’s iPhone and AirPods. The product also had the pedigree to match, including Pebble co-founder (and future YC partner) Eric Migicovsky. Ultimately the project failed to reach its lofty $300,000 Kickstarter goal.

For its part, Brooklyn-based Power1 kept its funding goals more grounded. The firm made $48,342 of a $20,000 Kickstarter target and has already begun production on the production, which is currently available for preorder for $99. 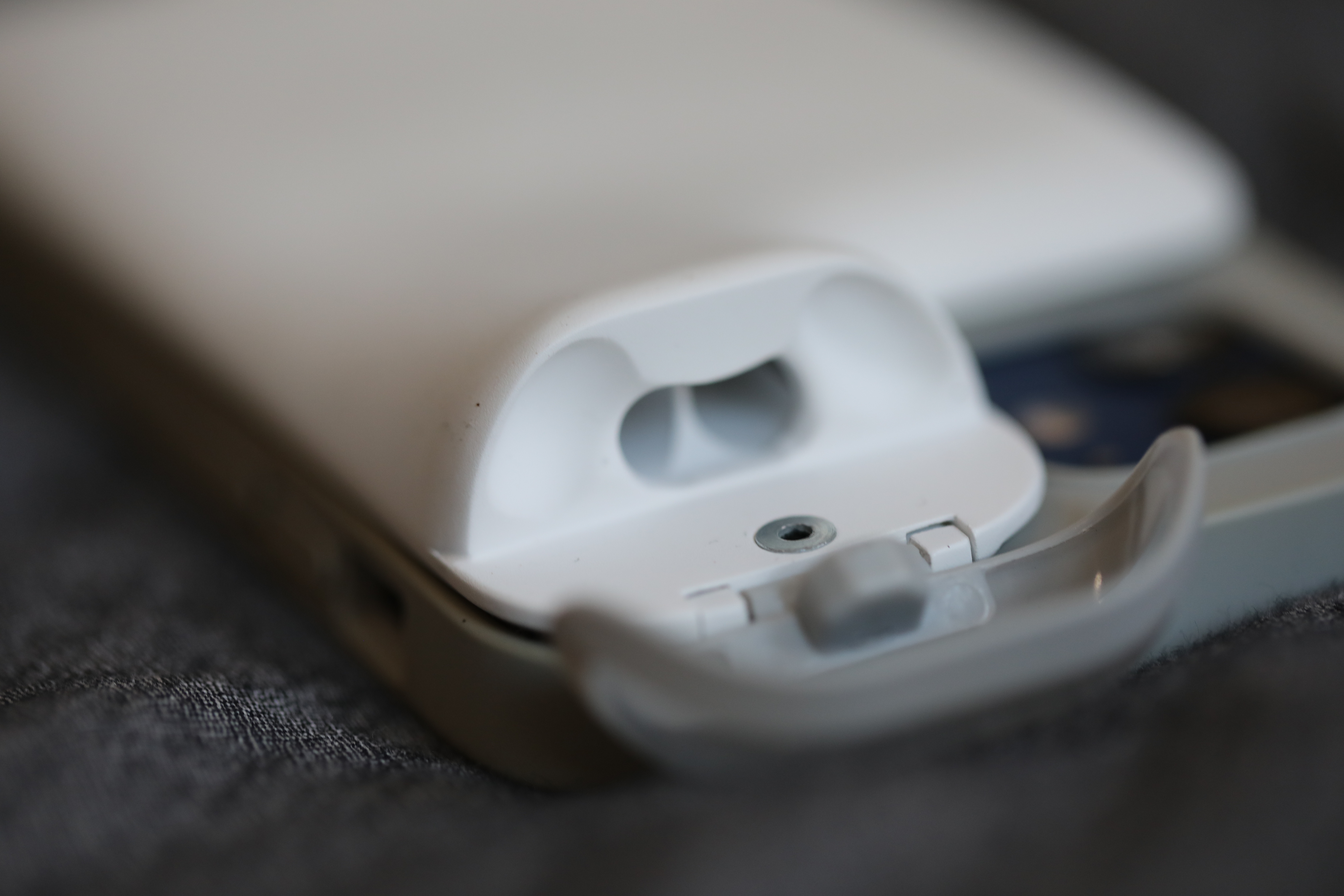 I’ve been playing around with a unit for a couple of weeks now, before its debut on the floor at CES. This model isn’t quite production-ready, mind. As the company’s founder put it to me: don’t drop it. That is to say, we’re not dealing with the final materials here. But it still gives you a pretty good picture of what you’re in for.

It’s split into two pieces: a rubberized case/bumper, and a charging addition that snaps on via MagSafe. The modularity is a nice touch — I’ve been primarily using it detached from the battery because, well, I don’t leave my apartment as much as I did in the before times. 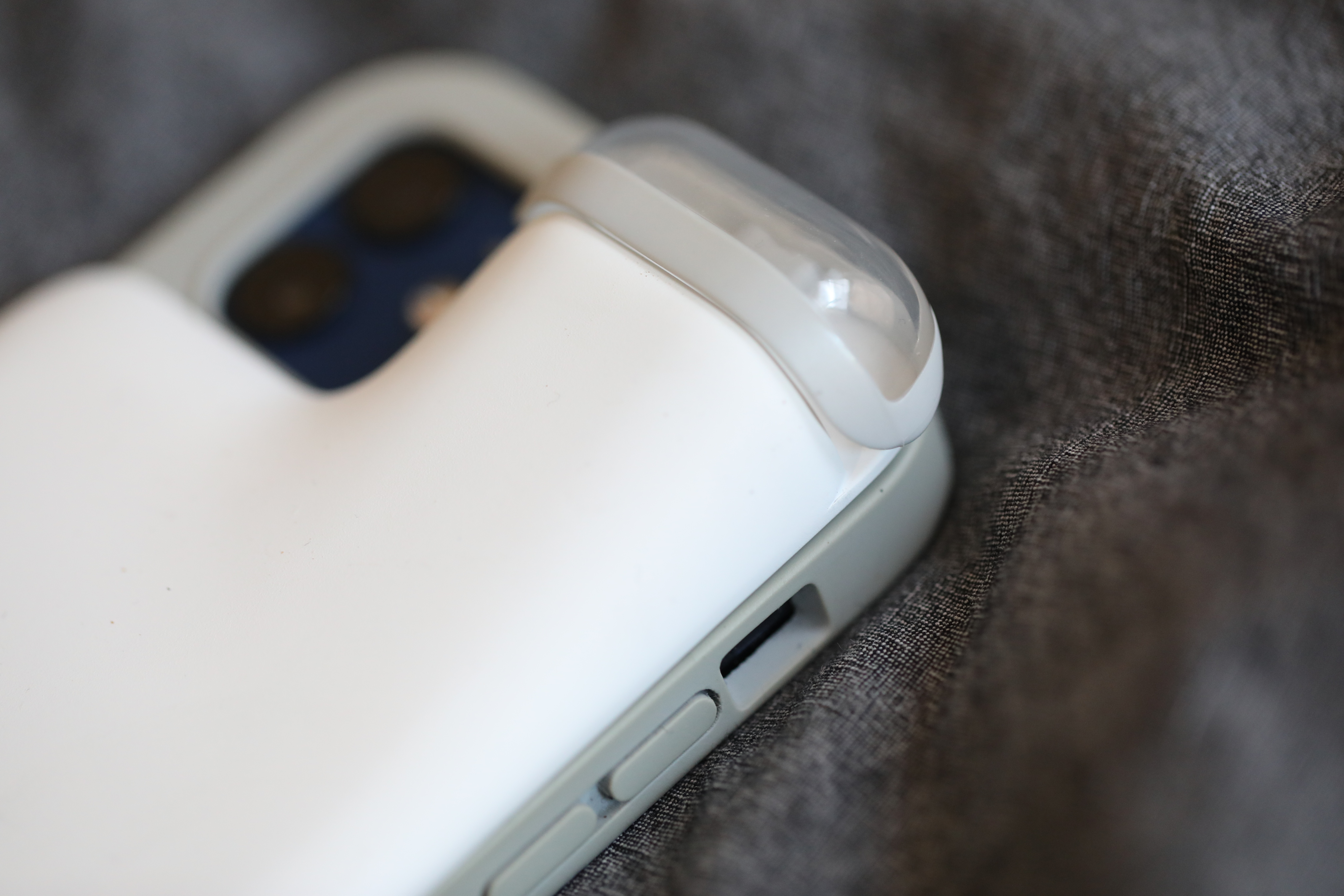 The battery comes in white or black, with a contoured design similar to battery cases from companies like Mophie. It monopolizes most of the device’s rear, but for a cutout for the camera module. To its right is the AirPods case, with a flip-up transparent lid. The battery charges via USB-C and sports a little on-off switch on the bottom. 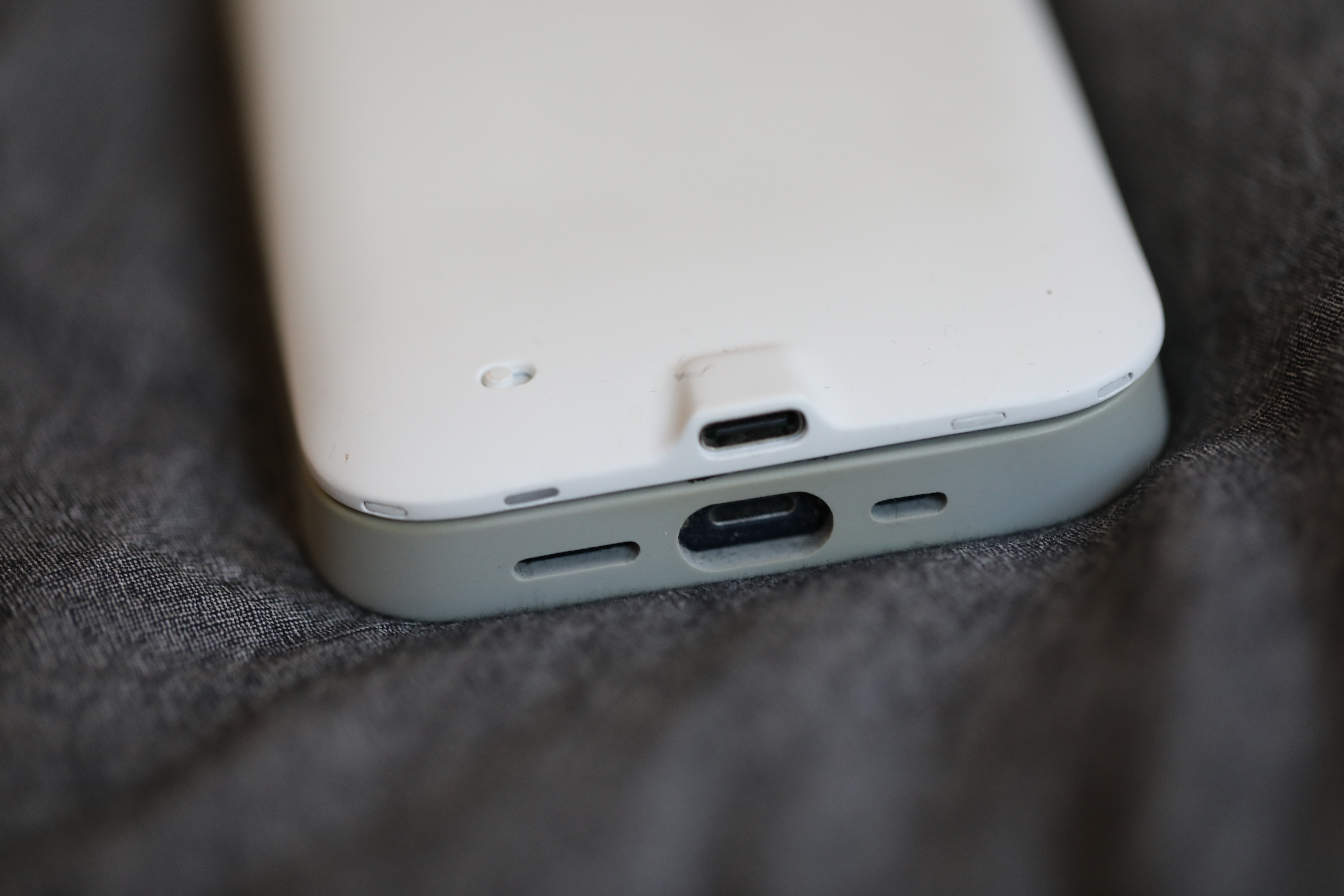 For size reasons, it’s impossible to make a universal case, so at launch it will be limited to the iPhone 12, 12 Pro or 13, while the AirPods are only compatible with the latest models and not the Pros. One assumes that if the Power1 is a hit, AXS will expand availability. We’ll know soon enough if it’s truly an idea whose time has come.