Italian startup Filo — better known in Europe for its Tile-like Bluetooth tracking devices — is showing off its shiny new product Tata Pad, a cushion that goes on top of a child seat, and can notify you if you’ve left your pride and joy strapped into the back seat as you saunter into the cool, refreshing, air-conditioned breeze of a mall. Already available in Italy, the company is announcing its U.S. launch at CES in Las Vegas this week.

At first glance, to a non-parent like myself, the Tata Pad seems like a pretty silly product. How likely are you to forget that there’s a toddler in the back seat? The company assures me that it’s a serious enough problem that there’s legislation coming down the pike in the U.S. to make sure that children and pets left behind in vehicles need some sort of safety warning, after more than 900 children have died from being left behind in hot cars since the late 1990s — an average of 38 children per year. Under the mantra “one child is one too many,” it is offering a tech solution to forgetful parents.

The product is essentially a cushion that works much like a Tile device — if a child sits on the cushion, the device is activated. Walk away from it for more than three minutes and the Tata Pad will send a notification to your phone that you left something important behind. If that doesn’t inspire you to return to your car, the product initiates a call to your phone to give you a friendly reminder that, seriously, go get your kid. Ignore that call, and the Tata Pad escalates even further, sending SMS and/or calls to your emergency contacts, along with a location for your child so they can launch a rescue operation.

Each pad can be connected to up to two phones and is powered by a couple of replaceable coin-cell batteries. The company didn’t comment on how long the batteries last. The company promises that the messages and calls will be free for the first four years — after that, it’ll be possible to buy an extension to continue using the alerts. 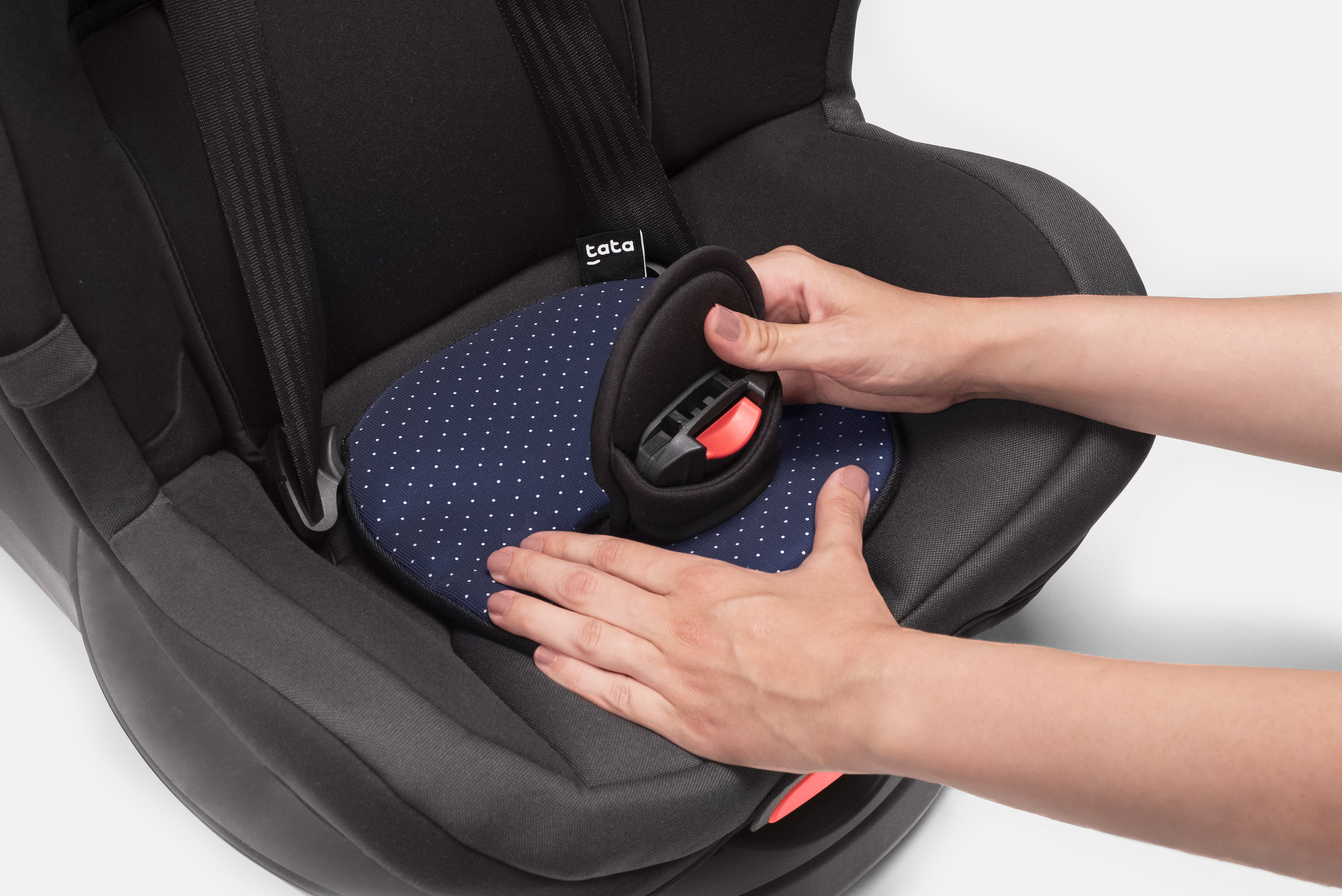 Filo’s Tata Pad is a cushion you can add to a child seat to be notified when you’ve left something important behind as you leave your car. Image Credits: Filo