Consumer electronics are a bad metric for gauging the passage of time. And, frankly, Consumer Electronics Shows are considerably worse. I’ve attended well into the double digits of CES and have largely experienced them in similar manner: as a week-long flurry of news and shiny gadgets, filing news from trailers, press centers, hotel rooms and convention center hallway floors in a sometimes quixotic attempt to define the year’s trends.

The halls of the Las Vegas Convention Center and its many satellite Expo Halls and hotel suites are thick with the ghosts of good intentions and forced obsolescence. That’s the nature of the category. Some of the devices that have become our daily drivers over the past decade debuted at CES, but more often than not, devices come and go — if they ever end up making it to store shelves in the first place.

CES 2022 will be a strange one — a fact that has more to do with extenuating global circumstances than anything happening on the show floor (though, last I heard, one of the Backstreet Boys will still be on hand to show off home boxing equipment). Questions around the relevance of in-person conferences pre-dated COVID-19, of course — though CES has always felt like an exception, owing to the importance of being in the same room with the hardware being announced.

After narrowly missing pandemic-related shutdowns in 2020, CES 2021 was a dry run for what an all-virtual future might look like. The results were…half-baked. CES 2012, on the other hand, had none of those issues. After a bit of dip in previous years (owing to a global recession), the show boasted its best-ever attendance of 153,000. The growth would continue over the next several years, as the event continued to take over Vegas, peaking again at around 182,000 in 2019, according to the CTA.

In 2012, CES still felt like something of a phone show in a way that no longer exists. Between Mobile World Congress the following month and the decision for many of the big companies to follow in Apple’s footsteps by announcing their flagships on their own time, CES isn’t the same epicenter of phone news it once was. Though that void has been quickly filled by other categories in the subsequent decade — including, most notably, automotive, which has moved front and center.

Color-coded cables run into the radio unit of Sprint Corp. 8T8R equipment, the multiple antenna technology which combines eight-transmit and eight-receive radios at a cell site to boost the performance of Sprint’s LTE TDD 2.5 GHz spectrum, on a rooftop in Chicago, Illinois, U.S., on Wednesday, Aug. 13, 2014. Sprint reported its first quarterly profit in more than six years in July, with sales that topped analysts’ estimates, after holding onto more subscribers than projected. Photographer: Daniel Acker/Bloomberg via Getty Images. 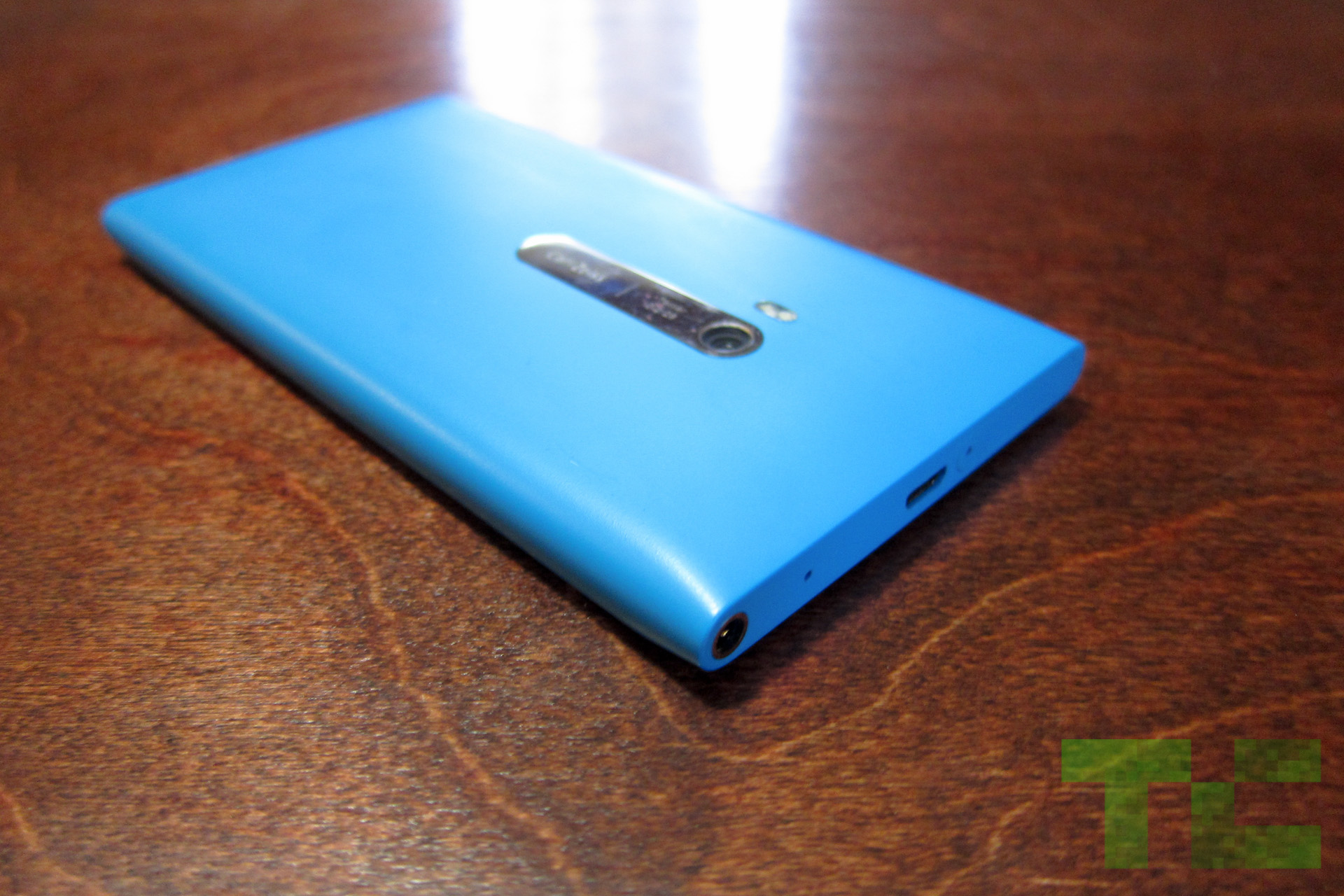 But the show truly belonged to one of two LTE-sporting Windows Phone devices announced at the show. The HTC Titan II may have been the first device on the OS to sport the next-gen wireless technology, but the Nokia Lumia 900 captured attendees’ imaginations with a 4.3-inch AMOLED display, 8-megapixel rear-facing camera, 512MB of RAM and an eye-catching design.

A year prior, straight-talking CEO Stephen Elop compared the company’s woes to a man standing on a burning platform in the middle of icy waters. The partnership with Microsoft was Nokia’s leap. A year later, Nokia would sell off its mobile division to Microsoft.

Like the Droid 4’s valiant — if ultimately doomed — attempt to hang onto the QWERTY keyboard, Sony’s Bloggie was a last gasp for standalone blogging camcorders. This was a year after Cisco shut down its Flip Video business, after acquiring the then-red hot pocket camcorder in 2009 for $590 million. Leave it to Sony to say “screw it,” and attempt to squeeze the last few embers from a dying category.

And then there were the ultrabooks. If the category can be said to have had a moment, it was those five days in Las Vegas. By mid-year, the stories about the death of the category had already begun. Coined by Intel and announced at Computex 2011, the category was the latest thin-and-light classification — really, an attempt for PC-makers to offer their own take on the MacBook Air.

Intel offered strict guidance for the category, focused on things like thinness, weight and battery life. The category was, ultimately, cost-prohibitive and doomed by ever shifting goal posts of specs and the rise of smartphones and tablets. 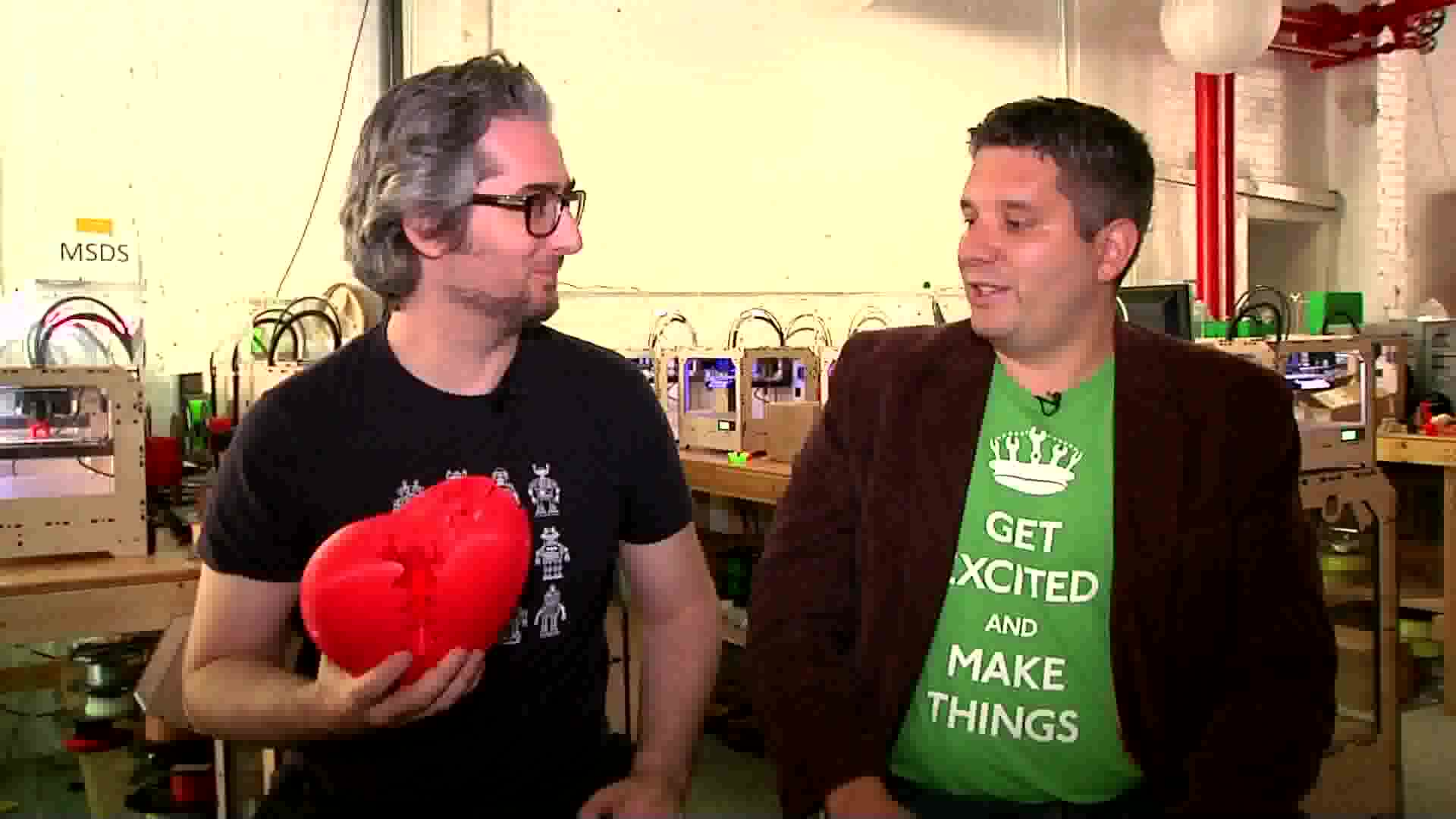 At CES 2012, desktop 3D printing was the future, and MakerBot was front and center. The NYC-based spinout of the RepRap open source project used the show to debut the Replicator. A significant improvement over its previous Thing-O-Matic system, the system sported a Star Trek-inspired name and felt like a major step toward a dream of a 3D printer in every home.

Pricing, technical limitations and the arrival of more advanced technology from companies like Formlabs damped the fortunes of many companies in the space, in what ultimately proved a fairly massive tech hype bubble. A year later, MakerBot was acquired by 3D printing giant Stratasys, which has focused on the technology for the educational market.

As always, CES brings plenty of concepts that seem destined to stay conceptual. The Samsung Smart Window is pretty much par for the course on that front. The transparent window display with touchscreen functionality captured the eye of many show goers in an era where everyone seemed to want everything to be a giant screen, but never seemed to make it much further than CES booth dressing. As a footnote, the company has since invested in an artificial smart window as part of its C-Lab initiative, because, again, the consumer electronics industry is a weirdly cyclical one, for all of its talk about forward progress.

Ten years out, CES 2012 may appear more miss than hit. Certainly the most hyped products tend to be the ones that suffer the most in hindsight. We never made it to 3D printers and smart windows in every home, but hey, LTE had a pretty good run.